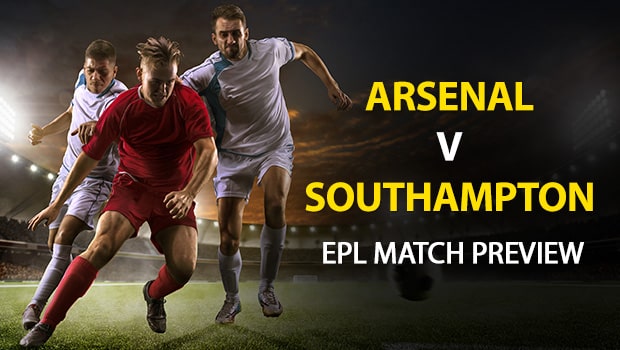 Arsenal looks to bounce back from a road loss their last time out as they host Southampton at Emirates Stadium. Southampton looks to get back on track after going winless in their last six overall.

Danny Ings has a 32 percent chance to score for Southampton. He averages 3.6 shots overall per sim, 1.42 shots on goal per and 0.39 goals per sim.

Pierre-Emerick Aubameyang has a 66-to-67 percent chance to score for Arsenal. He averages 3.33 shots overall per sim, 1.43 shots on goal per and 1.09 goals per sim.