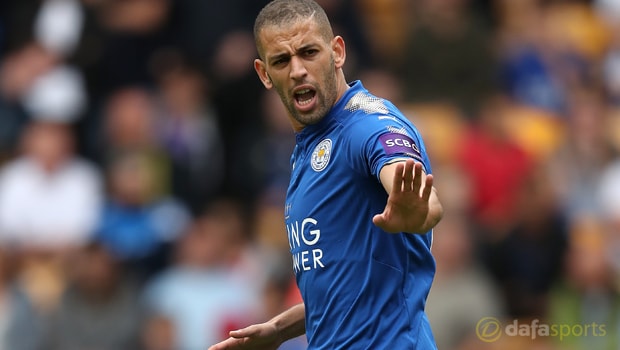 Leicester City striker Islam Slimani has confirmed he held talks with Watford boss Marco Silva in the summer about a proposed move to Vicarage Road.

The Algeria international signed for Leicester for a club-record £28million, just months after the Foxes had won the Premier League title.

He left Sporting Lisbon after scoring 48 goals in 82 games but he failed to rediscover that form last season.

Slimani scored eight goals in his debut campaign in England but Silva was still interested after their spell together at Sporting.

He scored 15 goals under Silva during the 2014/15 season and the 29-year has now admitted he met for talks with the former Hull boss.

Slimani admits he was tempted to move but he is still committed to Leicester, with three years left on his contract at the King Power Stadium.

He told Algerian newspaper Le Buteur: “I had a conversation with Marco Silva, who was my coach at Sporting, and he was very interested in having me on the team.

“He presented me with a magnificent project, but unfortunately it did not materialise.

The leaders of Leicester City told me they wanted me here. “But they are things of the past, now I am focused on my team.”

Slimani has already scored three times this season, but he has yet to open his account in the Premier League.

He will get the chance to get off the mark on Monday October 16, when his side hosts West Brom.