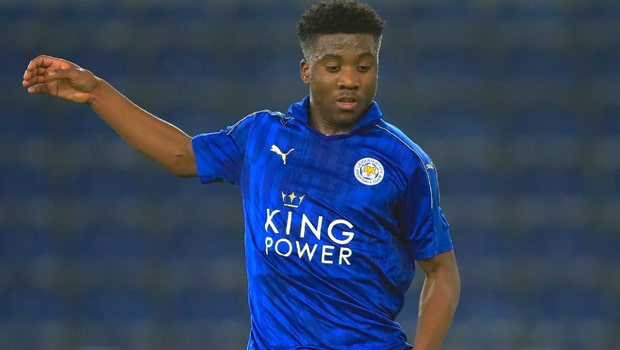 Khanya Leshabela hopes the new three-and-a-half year contract he signed at Leicester City this week will give him a chance to establish his first-team credentials.

The 19-year-old attacking midfielder moved to the UK from South Africa as a youngster and has been with Leicester’s Academy since March 2013.

Leshabela has come up through the ranks steadily, representing the club at Under-18 and Under-23 level, as well as in the 2016/17 UEFA Youth League.

With his new contract, he hopes to continue that rise and put himself in the thoughts of first-team boss Claude Puel more regularly.

After already being named in a first-team squad this term, his new contract is another step in the right direction.

“This is great for me and my family,” he told the club’s website. “I’ve worked hard to get this and I’m just grateful to be given such an opportunity.

This is the hard bit right now. I’m just looking to push forward and push into the first team.

“It’s gone really quick. It literally just flies by. It’s been a good journey and I just want to stay in the game for many more years.”

Academy graduates Ben Chilwell and Hamza Choudhury are now in the senior side and manager Puel is not shy in giving a chance to youth. Leshabela will keep his head down and continue to push himself.

“It was great from the manager to give me that opportunity to see what it’s like to be in the first team [squad],” he continued.

“In every Under-23s game, you’ve just got to be at it because he’s watching. You’ve got to just keep impressing.”