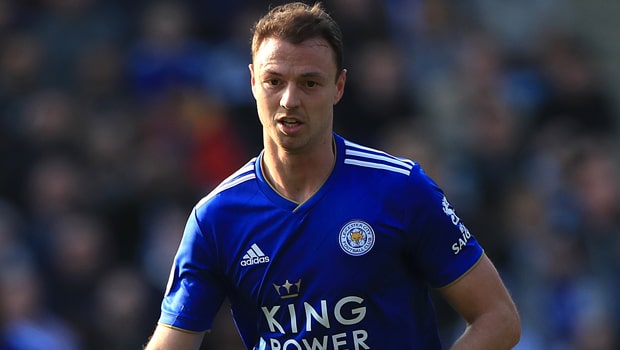 Jonny Evans says Leicester have been keen not to set themselves any targets for their three remaining Premier League games.

The Foxes are still in the hunt for seventh place and possible European qualification, but they face Arsenal, Manchester City and Chelsea in their remaining games.

In seven outings under Brendan Rodgers, the Foxes have registered four Premier League victories – form that Evans hopes they can build on as their fifth-straight top-flight season comes to an end.

“I think with the last three games, because of the opponents we’re playing against, we’ve put that to the back of our mind,” said Evans, when asked about any potential targets during the final three games of the season.

Wolves, Watford and Everton are all joining Leicester in chasing seventh place, a finish that will carry a Europa League berth should Manchester City win next month’s FA Cup final.

It has been a positive couple of months since Rodgers arrived from Celtic to succeed Claude Puel and central defender Evans says he is keen on ending the term in positive fashion under his compatriot.

“There’s still a lot to play for. We’ve got three really tough games against top opposition, so there’s a good challenge for us, and I think it’s one we’re all looking forward to, to finish the season off.”

Arsenal have lost to Crystal Palace and Wolves already this week. Leicester are 2.75 to inflict another setback on the Gunners, with Unai Emery’s team 2.50 and the draw 3.50.