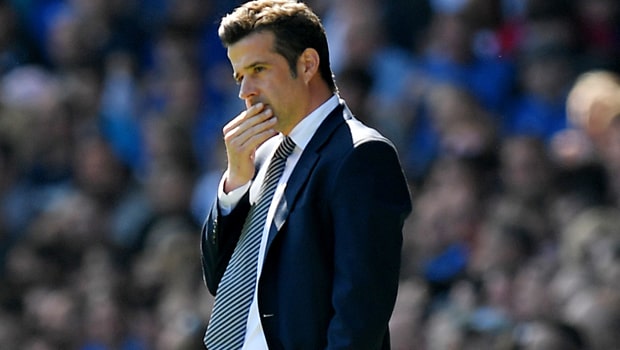 Marco Silva’s hopes for Everton’s season have not changed since last summer, but he’ll only discuss them when the term ends.

The Toffees find themselves in the mix for seventh place after recent impressive wins over Chelsea, Arsenal and Manchester United at Goodison Park.

A Europa League spot may be the reward for finishing below the top six and Silva is encouraging his squad to keep going following their 4-0 win over Man United.

Having been leapfrogged by Wolves on Wednesday when they beat Arsenal 3-1, Everton head to Crystal Palace on Saturday needing another big performance to keep pace.

Asked if seventh would be a success in his first season at Everton, Silva said: “We have to keep fighting. We are not in seventh.

“It is not the most important thing in this moment. We have to keep fighting, proving our quality and how we are able to win the matches also. “At the end we will talk about the season and my feeling and our target.

“Our goal from the first day of the season, don’t change nothing. Our goal is there, it’s open, to fight and stick together.

“It’s tight, the competition (for seventh). Some clubs are doing a really good season also. We have to keep doing the best job we can do. At the end we will see our position in the table.”