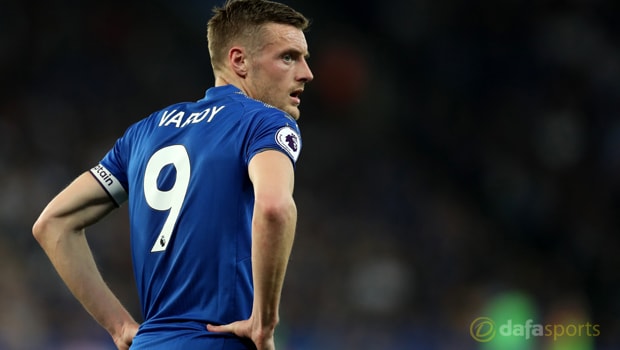 The Foxes forward has been linked with moves away from the King Power Stadium in the two years since Leicester famously won the Premier League title.

Arsenal, amongst other clubs, have targeted Vardy in that time but he says he is more interested in seeing what new faces might be arriving.

Claude Puel could be set to perform an overhaul of the squad and the England goalscorer says players take a back seat and watch with interest.

“As a manager, you always want to put your own mark on a team,” Vardy said.

“I think in previous transfer windows that’s always happened, players have come, players have gone, that’s what happens in football.

“It’s just another summer transfer window when the gaffer is going to implement what he wants, get the players that he wants in and that’ll help him with the style of football that he wants to play.”

Riyad Mahrez’s future has been the subject of intense scrutiny in the last two windows.

Manchester City failed to land the Algeria international in January and the new Premier League champions could return this summer for their man.

Speculation surrounding Mahrez is nothing new for Vardy. “I think it’s happened in the last four transfer windows, so we just get on with it,” Vardy added.

“What happens will happen, we’ll have to wait and see, obviously, until the transfer window.”

Leicester are 2.25 to beat West Ham at home this Saturday. The Hammers are 3.25 with the draw 3.30 at the King Power Stadium.