Posted by Fred McKinley on September 6, 2017 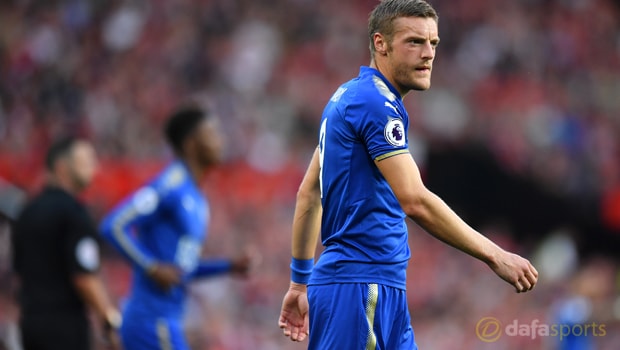 Jamie Vardy admits there will be no room for sentiment when his Leicester side take on some familiar faces on Saturday.

The Foxes welcome Chelsea to the King Power and could well come up against two of the lynchpins of their magnificent Premier League title success.

N’Golo Kante joined the Blues in the aftermath of their triumph and was followed to Stamford Bridge by Danny Drinkwater last week.

They are both likely to feature on Saturday in what promises to be an intriguing game in the East Midlands, with both in need of the points for differing reasons.

Leicester have struggled to get going far this season, while the Blues will be looking to make up ground on their title rivals, as they continue to fight back from their shock opening weekend defeat to Burnley.

Vardy, who is now 8.50 to score first with the Dafabet Price Boost, did just that in this fixture during the 2015-16 campaign but struggled to have an impact in a 3-0 defeat last time around.

The England man admits it will be good to see some of his old friends on Saturday.

However, he has warned both Kante and Drinkwater that he will not be doing them any favours when the game kicks off.

Vardy told Sky Sports News: “Yeah it would be good to see them again but obviously come kick-off time they’re enemies. That’s how it is.

“As soon as the full-time whistle goes we’ll be back to talking again.”