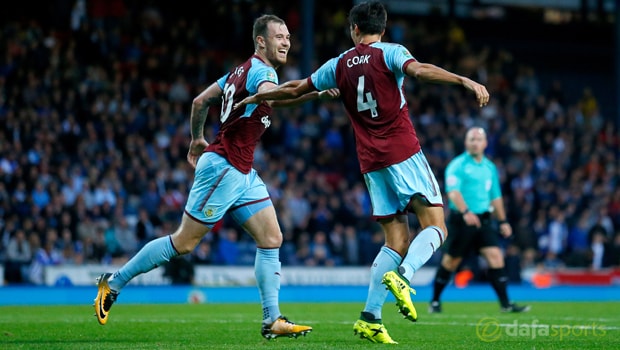 Ashley Barnes believes Burnley are moving in the right direction and are fully worthy of their place in the Premier League.

The Clarets are currently embarking on their second-straight season in the top flight and they have already collected impressive results against Chelsea and Tottenham during the opening weeks of the campaign.

The Lancashire club are certainly not the biggest spenders in the division, but they have recently invested heavily in new training facilities, while they also broke their club-record transfer when signing Chris Wood from Leeds this summer.

Forward Barnes believes the recent investment shows the club are moving in the right direction, but he knows it is imperative they remain in the Premier League.

“The club is stepping forward. Everything is going in the right direction,” Barnes said.

“Being here from when I was first here to seeing how it’s developed over the last few years, we’ve got a training ground with facilities second to none, and long may it continue.

As a group of players we’re trying to work on that for everyone involved with the club.”

Barnes featured 28 times in the top-flight last season, but he faces renewed competition for a place in the side from Wood and fellow new signing Nahki Wells.

Sam Vokes is also on the books at Turf Moor, but Barnes believes all four strikers bring their own individual qualities to the Clarets cause.

“As a group this is the best bunch of lads you could work with,” Barnes added.

“The togetherness of us all is brilliant. We all know our jobs and we all get on with it. I think we all bring something different to the table.”