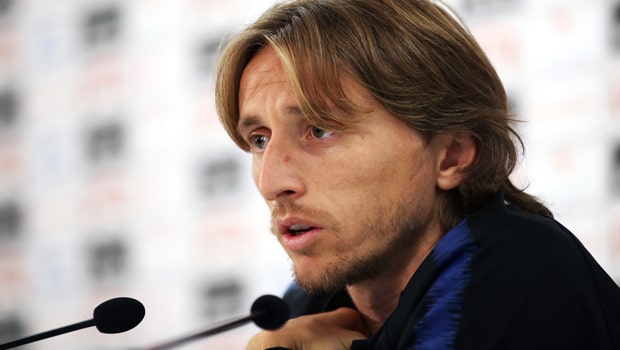 Luka Modric says winning the Ballon d’Or has capped a ‘really special year’, while dedicating his award to some great players that missed out.

The Croatian playmaker is the first player in a decade to break the stranglehold of Cristiano Ronaldo and Lionel Messi.

No player since Former Brazil and AC Milan forward Kaka in 2007 had managed to deny the pair. Modric described Ronaldo and Messi as “phenomenal players” but he dedicated his win to those that have been overlooked in the previous decade.

“Maybe in the past there are some players who could have won the Ballon d’Or like Xavi, Andres Iniesta or [Wesley] Sneijder but people finally now are looking at someone else,” he said.

“This award is for all the players who probably deserved to win it and didn’t. It was a really special year for me.

“It is difficult to express my emotion and how I feel in words. It is something unique for me. It was very special.”

Modric was also was named the world’s top male player at the Best Fifa Football Awards and received the Golden Ball award for the best player at the World Cup, having helped Croatia reach the final in Russia.

His former Real Madrid teammate Ronaldo was in second spot in the Ballon d’Or ahead of Atletico Madrid frontman Antoine Griezmann and Paris Saint-Germain attacker Kylian Mbappe, with Messi down in fifth spot.

Having won another Champions League crown with Real last season, Modric was happy to end 2018 in style.

“To win means I did something really special on the pitch this year, that’s why 2017-18 was the year for me,” he added.

Real Madrid are 11.00 to win a fourth successive Champions League crown this season.