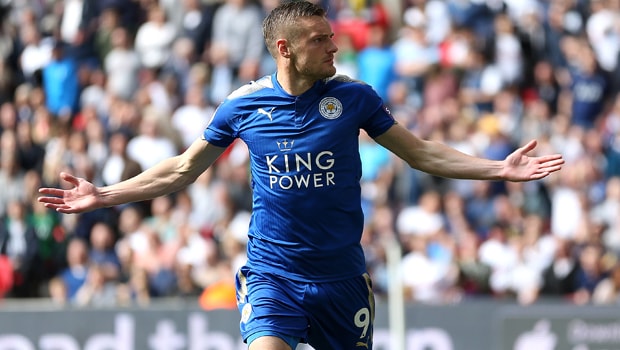 The England forward put pen to paper on a good deadline day for the 2016 Premier League champions, who also snapped up Freiburg’s Turkish defender Caglar Soyuncu and Filip Benkovic from Dinamo Zagreb.

Meanwhile England defender Harry Maguire remained at the club, despite being heavily linked with a move to Manchester United since he returned from the World Cup in Russia. Vardy, 31, has scored 88 goals for the Foxes since moving from Fleetwood Town in 2012.

Most notably he went on a scoring spree during Leicester’s momentous run to the title two seasons ago. He netted 23 goals in all competitions for the club last term and secured his berth in Gareth Southgate’s Three Lions squad for the World Cup by doing so.

“Everybody knows how I feel about playing for this club,” said Vardy, who added that his time with Leicester has been an “incredible journey”.

“It’s a great feeling to know that I can look forward to another four years as a Leicester City player.”

Defender Caglar Soyuncu made his move to Leicester in a deal reported to be worth up to £19m while the Foxes also signed Croatia Under-21 defender Filip Benkovic from Dinamo Zagreb for a reported £13m fee on a busy final day of the transfer window.

Manager Puel said of the latter: “Filip is an exciting young player who has the potential to develop even more at Leicester.

“He has made a big contribution to Dinamo Zagreb over the last three years and has also benefitted from experiencing European football.”

Leicester are 7.50 to win away at Man United in Friday evening’s Premier League curtain raiser. The Red Devils are 1.50 while the draw is 4.50.