Posted by chris schweizer on January 5, 2019 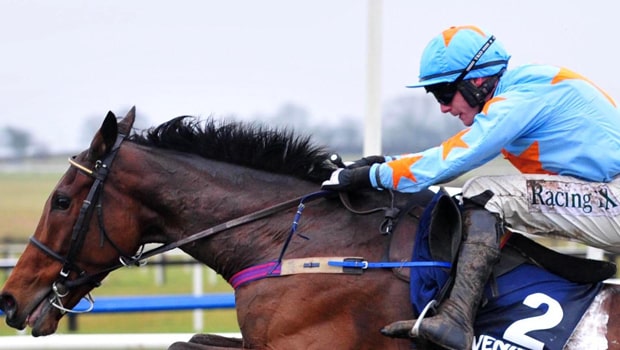 Colm O’Donnell, part owner of Un De Sceaux, insists he and his team are praying for rain as his charge prepares to take on Altior in the Clarence House Chase at Ascot on Saturday week.

The bay gelding was last in action on December 8, when he finished second to Altior in the Tingle Creek Chase.

He turned 11 this week but he continues to prove his worth at the top level, winning both of his races in April 2018.

Both Un De Sceaux and Altior are on course for a rematch next week, with the former winning the Clarence House Chase for the last three years.

Altior is as short as 1.25 to claim another title and O’Donnell admits his team need the ground to soften up.

“The only concern we’d have at this stage is the lack of rain that is forecast. I’d love it to be an absolute mud bath in Swinley Bottom,” he said.

“Looking at the forecast there’s not much rain for the next couple of weeks, it’s supposed to be cold and that just tightens up the ground.

“As it stands that’s his target, he’s going for four in a row and I’d love another crack at Altior. I think there’s something romantic about a rematch.

“I just think if we get proper heavy where they are thinking of abandoning the meeting, that’s when we’re at our best. Un De Sceaux with Ruby (Walsh) on board takes some beating in those conditions.

“We had no excuses at Sandown, Ruby said everything went right on the day we were just beaten by a better horse.

The only thing we can hope for is a proper mud bath.” Un De Sceaux is priced at 6.00 to win the contest, while Politologue is 13.00.