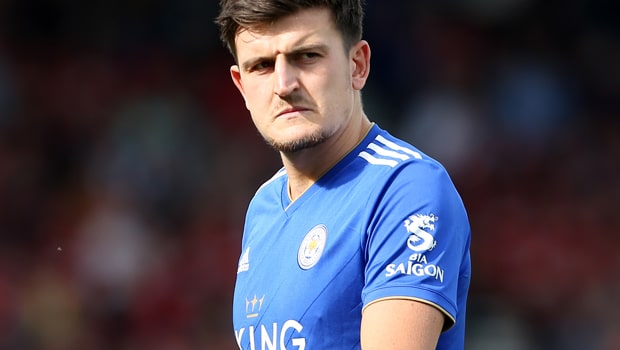 Leicester City defender Harry Maguire insists he has lofty ambitions in his career but he is determined to repay the Foxes for the faith they have shown in him.

The Sheffield-born star signed for the club during the summer of 2017 and he has since made 46 appearances for Leicester in the Premier League.

His form in them games earned him a place in the England team for the World Cup and he impressed as the Three Lions reached the semi-finals.

Maguire was linked with Manchester United back in July but he signed a new five-year deal with Leicester in September as he tries to help the club kick on.

The 25-year-old insists it would be difficult to turn down a big club again due to his desire to win trophies both domestically and on the international stage.

He told BBC Sport: “I want to concentrate fully on Leicester this year,” Maguire told the Premier League Show.

“See where it takes the club and see where we go from there. “The platform they gave me to go and play at a World Cup is something I’ll never forget, so it’s a big part of me wanting to show something back.

“Signing for Leicester, they gave me a great platform to go and play for England as well.

My main aim is to be playing week in, week out in the Premier League and to get picked for England. However, I do want to win trophies.

Leicester are back in action on Monday as they travel to Arsenal in the league. The Gunners are 1.53 favourites, with the draw 4.50 and a Leicester win priced at odds of 6.00.