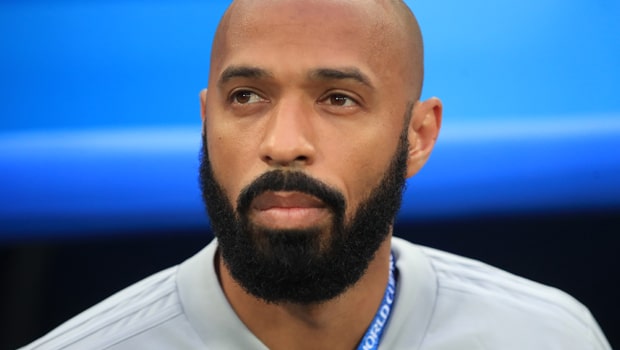 New Monaco boss Thierry Henry has warned his team they will defend as a unit as he prepares to move his side up the Ligue 1 table.

The former Arsenal and Barcelona man was appointed last week after he turned down an approach from Aston Villa.

Monaco are 18th in the table after a torrid run of results, with their last win coming against Nantes on August 11.

They have since lost five league games and that form cost Leonardo Jardim his job earlier this month.

Henry’s first game in charge will come against Strasbourg on Saturday and he is determined to build from the back.

“We often say that the defence leaks, but it’s also because the forwards and the midfielders didn’t do their job,” said Henry.

“When we say that the forwards don’t receive good balls in the right positions, it is because the defenders didn’t get out well. It’s a cliché but when you concede goals, it’s not just because of the defence but the whole team.”

Strasbourg are 2.63 to win this weekend, while the draw is 3.40. Monaco are also 2.63 to win and Henry admits he will use Radamel Falcao’s experience in front of goal to try and get them out of their current situation.

“Radamel Falcao is the captain, the leader and the goalscorer. It is true that we had the chance to speak a little before training.

“He did not train much because he came back late. But he has scored the very few goals that the team were able to score lately.

“Youri [Tielemans] also had two incredible goals against Toulouse and Marseille. But Falcao is the scorer and the charismatic leader of this team.”