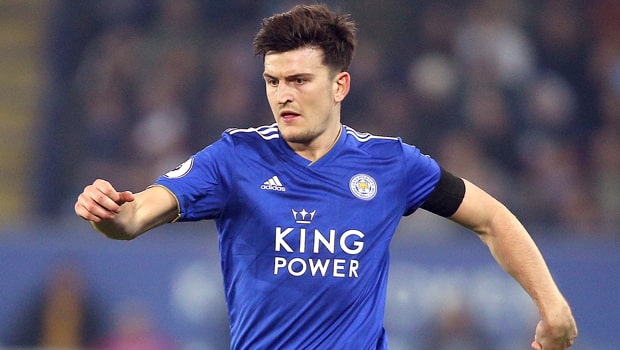 Harry Maguire feels it will take Leicester some time to adapt to Brendan Rodgers’ footballing philosophy, though he suggests the benefits will be clear when they do.

Rodgers’ first game ended in a 2-1 loss at Watford on Sunday, with Andre Gray’s stoppage time winner denying Leicester the point their performance had merited.

England defender Maguire is enjoying the early stages of working with former Liverpool and Celtic boss Rodgers, despite the late pain at Vicarage Road.

“He [Rodgers] said there’s lot of positives to take into the coming games.

He said we’ve had a positive first week, with the exception of the result,” said Maguire.

“I’m sure he [was] disappointed as well. It’s a tough place to [go] and they’re doing well in the league, but we didn’t deserve to lose the game.”

The central defender said it was impossible to expect Leicester would show the benefit of having Rodgers in the dugout after only a few days, though Maguire has already started to mine pieces of information from the new boss on his own ideas.

“It’ll take time for him to get his points across. He’s only been in for a couple of days, so he keeps giving us little pointers about where he wants us to improve,” he added.

“I’m sure he’s got a philosophy in how he wants to play and the boys will buy into it, so I’m sure that we’ll be very successful.”

Next up for Rodgers and Leicester is a home game against struggling Fulham on Saturday.