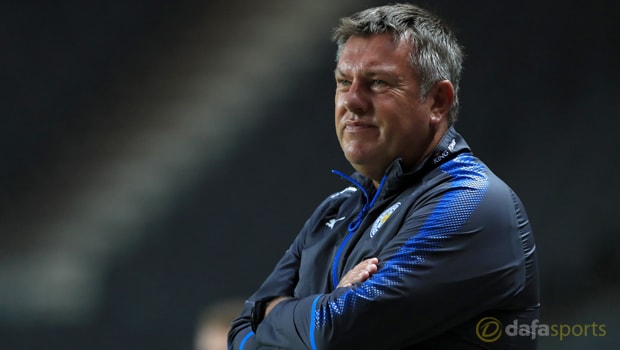 Leicester City manager Craig Shakespeare has revealed he leaves it down to the players when deciding who will take penalties and he is happy to continue doing this.

Algeria international Riyad Mahrez, who failed to secure a summer exit from the King Power Stadium despite interest from Serie A outfit Roma, has been the usual spot-kick taker for Leicester over the past couple of seasons.

However, when the Foxes were awarded a penalty in Saturday’s 2-1 home defeat to defending Premier League champions Chelsea, it was England forward Jamie Vardy who stepped up to take the kick.

The 30-year-old converted from the spot, reducing the deficit to just one goal, but the Blues managed to see out the victory and climb to third in the table, just a point behind Manchester United and Manchester City.

Leicester have now lost three of their four league matches, results that have left the club languishing towards the bottom, but they will be hoping to bounce back to winning ways away at Huddersfield on Saturday.

The Terriers, who have made a good start to life in the top flight, are 2.88 to pick up all three points, a draw is priced at 3.30 whilst the visitors are 2.50 favourites to triumph at the John Smith’s Stadium.

Shakespeare was quizzed about the change in penalty-taker on Saturday and he admits he is more than happy to let the players choose between them as long as the ball ends up in the back of the net.

“He was down to take the penalty,” he said. “I didn’t have anything to do with that. The players made the decision and I was happy to go along with it.”