Roy Hodgson in line for Palace 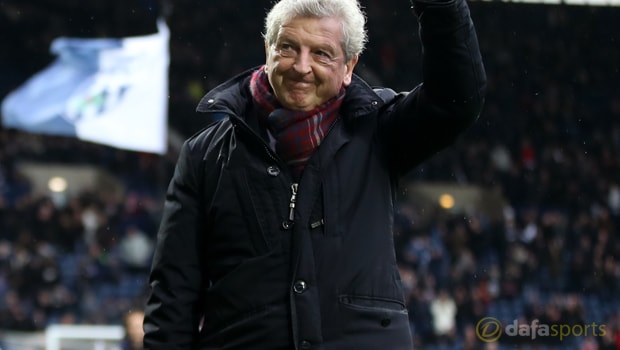 De Boer was appointed at Selhurst Park in the summer, taking the vacant role after Sam Allardyce resigned, but the Dutchman lasted just 77 days after a dismal start to the season.

The Eagles, who are 2.25 favourites to be relegated, have lost all four Premier League matches, failing to score in any of those, and Sunday’s 1-0 away defeat to Burnley proved to be the nail in his coffin.

Palace are currently sitting in the bottom three and the club have decided to part ways with the manager, who now has the unwanted record of the shortest managerial reign in relation to Premier League games.

It is now understood ex-England boss Hodgson, who resigned after the Three Lions’ loss to Iceland at Euro 2016, is close to being named as De Boer’s successor.

The 70-year-old, who has over 40 years of managerial experience, will face a difficult start to his tenure if appointed with clashes against Manchester United, Chelsea and Manchester City coming up after Saturday’s home match against Southampton.

Palace are 3.20 to pick up all three points against the Saints, a draw is priced at 3.30 whilst the visitors, who suffered a disappointing 2-0 defeat to Watford last time out, are 2.38 favourites.

Hodgson will have little time to assess his squad, if he is named, but the fitness of defender Mamadou Sakho will be crucial to the club if they are going to turn things around.

The France international, who joined from Liverpool on deadline-day, is working hard to get back to full fitness after not being involved in the Reds’ pre-season.