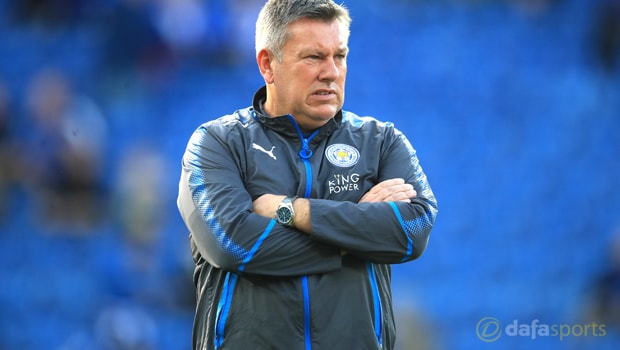 Craig Shakespeare has warned his Leicester stars not to take their positions for granted as he aims to ignite the club’s campaign.

The Foxes have been met with a fearsome fixture list so far this term, facing Arsenal, Manchester United, Chelsea and Liverpool already this season.

They have been able to muster just four points from their opening six games, with a win over Brighton their only Premier League triumph.

After their tough start, things look set to ease off for Shakespeare’s side, with Bournemouth their next opponents.

Dafabet are also offering some price boosts on the game, with Riyad Mahrez now 9/1 to score first, while Jamie Vardy has been upped to 5/1 in the same market.

Both have showed signs of their previous form so far this term but Leicester’s strong performances in the Carabao Cup has left Shakespeare with plenty to ponder.

The boss has used the competition to rotate, a policy that has shown him just how sharp his fringe players are.

A sluggish start means the boss could be tempted to drop his more recognisable names in order to reinvigorate his troops.

The 53-year-old has warned he will have no qualms about dropping some of his stars if he believes it can improve results.

“I try to focus on what the important things are – the players, the club and trying to get results,” Shakespeare was quoted as saying in the Leicester Mercury.

“It doesn’t faze me leaving players out, or telling them they are not playing.”