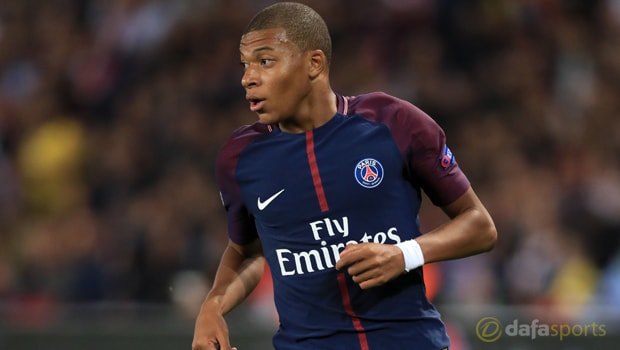 Kylian Mbappe has warned Paris Saint-Germain’s rivals that they are only just getting started after beating Bayern Munich 3-0 on Wednesday.

Goals from Dani Alves, Edinson Cavani and Neymar crowned a magnificent performance for Les Parisiens, as they blew away the Bavarians to put themselves in pole position to top Champions League Group B.

Much has been made of the forward trio of Mbappe, Cavani and world record signing Neymar and they again ran riot against a Bayern side who again looked second best throughout.

PSG’s mentality was questioned after they went out of the competition to Barcelona last season, despite leading 4-0 heading into the second leg.

They appear to have come back stronger and are currently the 5.50 second favourites to win the tournament, with Real Madrid leading the betting at 4.75.

Mbappe was part of the Monaco team that deprived PSG of the Ligue 1 title last year but there is no doubting where his loyalties now lie.

The teenage forward believes performances like Wednesday demonstrate the potential of his side and has warned their rivals to expect even more fireworks as they continue to gel.

Mbappe said to Canal+: “The story is only just beginning. We knew in our hearts that we had to put in a great performance against a great team. We did that.

“Expectations were high, which is normal after a summer transfer window like ours. It was a complete performance and now we move on to the next match on Saturday. We are here to win every game.”