Claude Puel: We are still focused 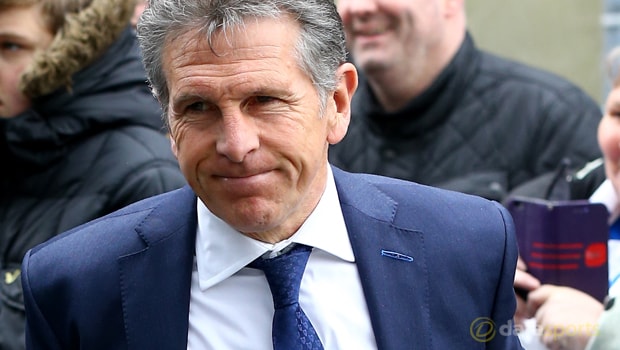 Leicester City coach Claude Puel insists his side are still fully focused on their remaining games, despite being safe from relegation in the Premier League.

The Foxes have won just two of their last six games in all competitions and their European hopes have come to an end as a result of that poor run.

Burnley are now in pole position to claim the final Europa League spot in seventh and they are nine points ahead of Puel’s side.

Leicester are 15 points clear of the drop zone and some of their fans have accused them of taking their foot off the gas in recent weeks.

The 2015-16 champions take on relegation-threatened Crystal Palace on Saturday at Selhurst Park, before further games against West Ham United, Arsenal and Tottenham. When asked about his teams fortunes, Puel said:

“We have players with quality and they are not on holiday.

“I think it is important to see our journey. When I got here in October I had to save the club. The most important thing is to think about our play and to improve.”

The futures of Wes Morgan and Robert Huth have also been questioned, after the veteran duo were dropped for the 0-0 draw with Southampton but Puel has tried to play down rumours.

“We will have a discussion with Robert in a few days and after that we will see what happens. He’s an important player in the dressing room,” said the Frenchman.

“There’s no problem with Wes. I was surprised after the last game about all the questions around Wes.

“He is the captain of the dressing room and a very good player for us. It’s not a problem. It’s important to keep good options for next season.”