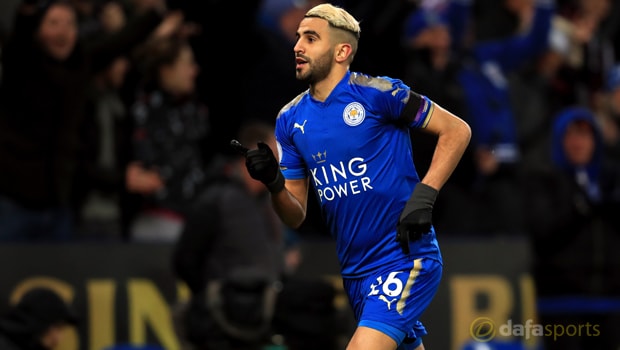 Leicester City coach Claude Puel has claimed winger Riyad Mahrez is a more complete player than the one that helped the Foxes win the Premier League in 2016.

The Algeria international made a name for himself during that campaign as he and Jamie Vardy delivered the goods as Leicester made history.

He was named the Professional Footballers’ Association Player of the Year but the midfielder has continued to shine at King Power Stadium.

Mahrez continues to be linked with a move away from the Foxes, but Puel is adamant he will be staying put.

The 26-year-old scored his third goal in six games during Saturday’s 2-0 win over Watford and Liverpool and Arsenal are still tracking his signature.

Puel believes he can help Mahrez develop even further and the Frenchman believes he is a better player two years after winning his first league title.

“Better? I think he’s more complete, he can do more penetration, he is an experienced player and has good maturity,” Puel said.

“When he can make penetration or play simple, it’s good for him and the team.

“It was a different play [style], it was a direct play, long ball, and after with Jamie (Vardy) and Riyad they made the difference.

“He can make some penetration like one or two years ago but also he can organise the play with one or two touches and can give assists – he is more complete.”

Mahrez may be rested for Leicester’s next game against Peterborough in the fourth round of the FA Cup.