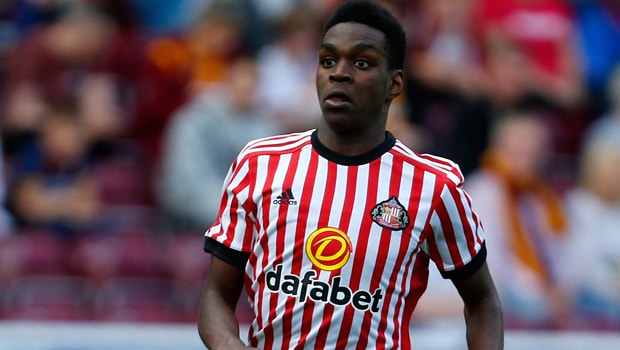 Sunderland coach Chris Coleman has warned forward Joel Asoro to keep his feet on the ground despite his match-winning goal against Hull on Saturday.

The 18-year-old grabbed the only goal at the Stadium of Light as Sunderland moved off the bottom of the Championship table.

The Black Cats are now 22nd in the table and only goal difference keeps them in the bottom three.

Coleman’s men have now won two of their last five matches but the former Wales boss is desperate to keep his youngsters grounded.

He told The Chronicle: “Potential is a dangerous word. We have heard it so many times – this player is full of potential.

He has got tools in his locker but he needs to make sure he doesn’t listen to the wrong people.

“The same for Maja, the same for Ethan Robson – don’t think you’ve made it as a professional footballer because you’ve got some game-time and you’ve scored a goal.

“If you have the attitude that ‘I’ve got it all to do, I’m going to keep working hard, keep my feet on the floor,’ they’ll be fine, they’ll be okay.

But there is no need for them to get carried away. It’s been good, it’s been all right, but there’s a lot of hard work for them to do.”

Sunderland are now looking to win consecutive league games for the first time since November 2016 but Coleman could bring in more bodies before their clash with Birmingham on January 30.

Chelsea’s Ethan Ampadu and Chris Martin have been linked with loan moves and Coleman is determined to bring in some extra bodies.

He added: “We are not playing next weekend so we can throw ourselves into phone calls and speaking to people to try and bring some reinforcements in.

It was brilliant on Saturday, the lads deserve all the plaudits but we need some help and some strength in depth.”