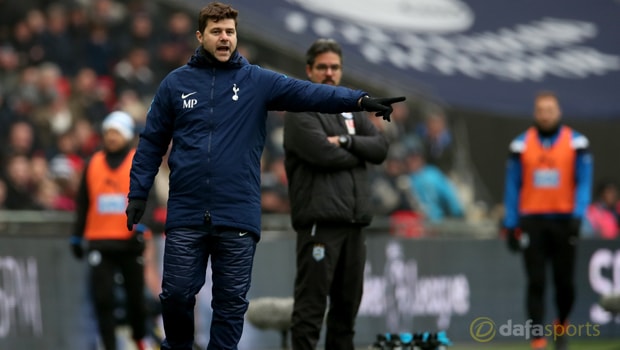 Wembley has been the temporary home for Spurs this season and the disappointing results in the early part of the campaign caused doubts to creep in over their potential to finish in the top-four of the Premier League.

However, the 2-0 win over the Terriers made it seven straight home wins for Tottenham and also extended their unbeaten run at Wembley to 15 matches in all competitions.

With the scores in the Champions League last-16 tie level at 2-2, Spurs will be hoping their newfound confidence and belief at Wembley will help them book a place in the quarter-finals.

Pochettino, who was linked with the Argentina job earlier this season, has praised the recent form of his side and insists building momentum on home soil is absolutely crucial.

“I am so pleased, it is a fantastic run at home,” he said.

“We can say Wembley is our home and that is so important for the team. When we played here last season in the Champions League or Europa League it was a strange feeling, a difficult feeling, but for our fans and us it’s like our home and the team feel good. The performance was good: a very good professional performance.”

Tottenham are 2.15 favourites to win the match, a draw is priced at 3.30 whilst Italian champions Juventus are 3.25 to triumph.