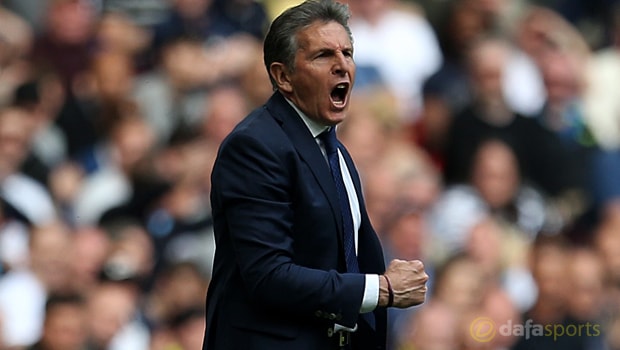 Claude Puel feels his first season in charge of Leicester City was encouraging and he’s looking forward to building on it.

The Frenchman took over in October, eight games into the season, and eventually secured ninth spot with the Foxes, despite a slow end to the campaign.

They finished with a run of five wins in 21 games but Puel suggested there were still positives to be taken, particularly with some young faces blooded during that run. Overall, he’s happy with where the club sits.

“It has been a tough season but it is important to continue to work to make progress step by step,” said Puel.

“I think we cannot see all the progress we have done this season because it is a long way for the young players. “It is work for the future. It has been an encouraging season.”

Ben Chilwell, Demarai Gray, Fousseni Diabate, Kelechi Iheanacho and Hamza Choudhury are some of the younger players to have made their mark under Puel’s watch.

The Foxes were not overly active in the January transfer window but that is something Puel now views as a positive.

He’s had time to assess his talent pool and will be ready to make the moves he needs this summer, he suggests.

“We have learned a lot and it is why I wanted to keep this squad in the winter window without changing all the things because it was important to give game time for all the players so I could get to know them,” added Puel.

“Now we have a good idea of the strength of the squad and what we need to add to the team for next season.”