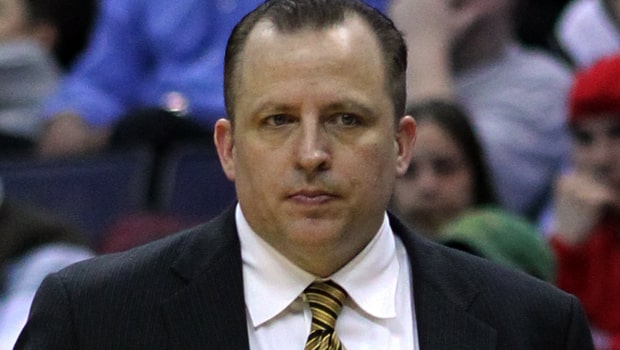 The Minnesota Timberwolves have fired head coach Tom Thibodeau despite claiming a 108-86 victory over the Los Angeles Lakers on Sunday.

Karl-Anthony Towns was the star of the show for the Timberwolves, as he claimed 28 points and 18 rebounds, but the victory was not enough to save Thibodeau, who leaves the team after three years at the helm.

The 60-year-old won 97 of his 204 games in charge and led them to the playoffs last season before they were ultimately eliminated by the Houston Rockets.

However, it appears all has not been well behind the scenes at the Target Center, with some reports suggesting that Timberwolves owner Glen Taylor originally considered sacking Thibodeau during the summer.

That dismissal never took place, but Taylor has now acted with the Timberwolves currently sitting outside the playoff positions in 11th-place in the Western Conference standings.

“We would like to thank Tom for his efforts and wish him all the best,” Taylor said in a statement.

“These decisions are never easy to make, but we felt them necessary to move our organisation forward.”

Scott Layden will remain in his role as General Manager, while Ryan Saunders, who was assistant to Thibodeau and is also the son of former Timberwolves head coach Flip Saunders, will take temporary charge of the team for the rest of the season.

Saunders’ first match as interim coach will come when the Timberwolves take on Oklahoma City Thunder at the Chesapeake Energy Arena on Tuesday.