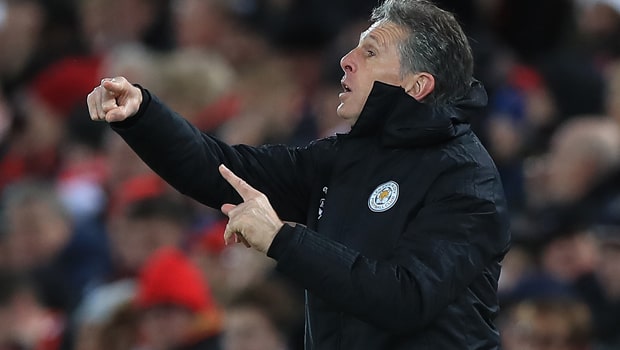 Claude Puel has urged his Leicester players to be more ruthless in the final third after spurning some good opportunities to clinch all three points in Wednesday’s 1-1 draw at Liverpool.

Leicester made the worst possible start to the clash at Anfield as Senegal international Sadio Mane’s low strike inside the penalty area gave the hosts the lead inside just three minutes.

However, the Foxes gradually grew into the game and they were back on level terms in first-half stoppage-time through England defender Harry Maguire’s tidy half-volley from around eight yards out.

Table-toppers Liverpool should have had a penalty when Naby Keita was brought down by Ricardo Pereira after the break, but referee Martin Atkinson waved away the protests from the home side.

Roberto Firmino almost diverted a Maguire header into the back of his own net – the legs of Alisson saving the Brazilian’s blushes – while Demarai Gray chose the wrong option when deciding to shoot instead of passing to an unmarked James Maddison in the box.

With Puel’s future under the microscope once again, the reaction of his players will have provided him with some comfort and the Frenchman admits his side missed a chance to come away with the win due to their lack of cutting edge in the final third.

“I have a little regret at the end because we had some fantastic chances at the beginning of the second half,” he said in his post-match interview.

“We started slowly and conceded a goal but after we showed fantastic character and personality.

“We put them under pressure at the beginning of the second half and in this period we have to be more clinical.”

Leicester host Manchester United next on Sunday afternoon and the Foxes are 3.75 outsiders to win, a draw is priced at 3.50 while the Red Devils are 2.00 favourites.