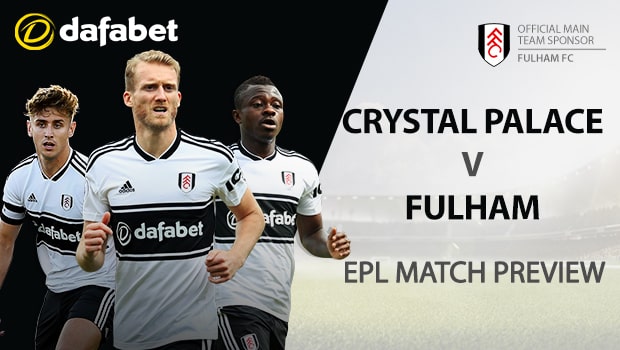 Fulham and Crystal Palace go head-to-head this weekend as Fulham looks to avenge an early-season 0-2 loss vs the Eagles.

Draw: There’s a 27 percent chance the match ends in a draw. There’s a draw in 23.5 percent of AccuScore sims, suggesting no added side value on the draw.

Offsides: Fulham lead the league in offsides. Something to keep an eye on as they tend to start aggressive only to lose certain opportunities due to a lack of discipline.

Head to Head: These two sides last met to open up the 2018-2019 season back in August 2018. Crystal Palace won 2-0 after leading 1-0 at halftime behind goals from Jeffrey Schlupp and Wilfried Zaha.

Getting Revenge: Fulham started the last matchup in August with plenty of momentum. Aleksander Mitrovic had two shots early saved by Wayne Hennessey. Watch for Mitrovic to be determined to find the back of the net this time around.

Aleksander Mitrovic has a 35-to-36 percent chance to score for Fulham. Mitrovic averages 2.58 shots overall per sim, 0.93 shots on goal per and 0.44 goals per sim.

Luka Milivojevic has a 33 percent chance to score for Crystal Palace. He averages 1.99 shots overall per sim, 0.81 shots on goal per and 0.40 goals per sim.

Picks indicate Crystal Palace has a 52 percent chance to win this match. They win over 63 percent of AccuScore sims, suggesting quite a bit of added side value. This is a 2-star (out of four) AccuScore hot trend pick.