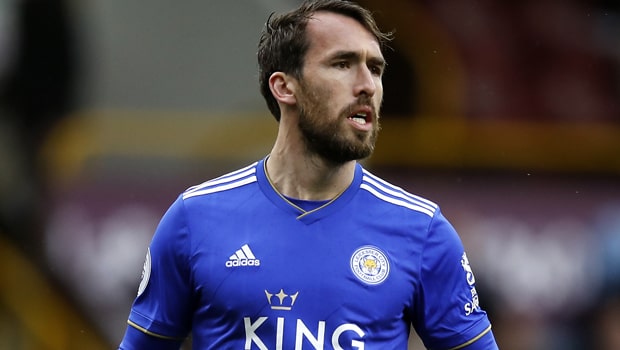 Leicester City back Christian Fuchs has hinted he will still be at the King Power Stadium next season.

The Austria international is out of contract this summer and had planned to relocate to New York once the season had finished. Fuchs’ wife and children live in America, but he has now suggested he may stay in the UK for one more year.

The 33-year-old won the goal of the season award at City’s annual awards night thanks to his sublime strike against Fleetwood Town. During his speech he admitted he was honoured to win the award and is hoping to add to his tally next season.

“It shows the support, it shows that people really appreciate my work here at Leicester City and I want to give back as much as possible,” Fuchs is quoted as saying by the Leicester Mercury.

“I’ll maybe try another banger next season. I’m very much looking forward to it. It was a very good goal and I’m proud of it especially to see who else was nominated.

“(James) Maddison, his goal was outstanding, with his first touch. But to be all the way up there and being nominated for the goal of the year makes me proud.

“I’m in my fourth season and to be finally up on the stage is incredible. (I thought) just hit it as hard as possible, as accurately as possible. The rest just happened.

“I had this feeling that when I hit the ball I hit it well and when I saw the ball finding its way into the net, it was an even better feeling.”

Fuchs will be hoping to play in Leicester’s final game of the season as they prepare to take on Chelsea.