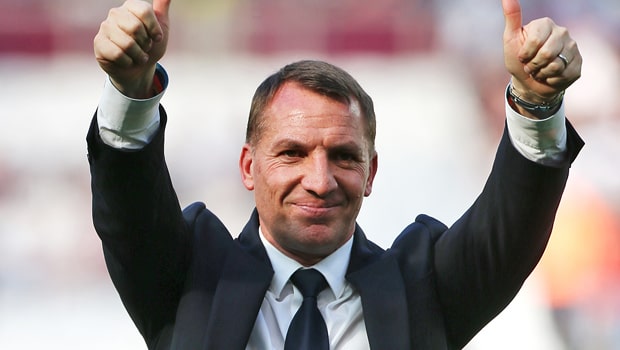 Leicester manager Brendan Rodgers is happy with his squad and insists he won’t be looking to make “wholesale changes” in the summer.

The Northern Irishman took charge of Leicester on March 3 following the dismissal of Claude Puel and he has overseen a huge improvement on the field.

Leicester fell to a defeat at Watford during his first game at the helm but they have won five of their following seven matches, losing just once more.

Sunday’s 3-0 victory at home to Arsenal has propelled the Foxes back up to eighth, just three points adrift of Wolves in seventh, and they remain in contention to win a place in the Europa League.

Jamie Vardy has rediscovered his goalscoring form since Rodgers’ arrival and he added another two goals to his tally against the Gunners, while Youri Tielemans also bagged.

Rodgers has had almost two full months to assess his squad and appears to be relatively happy with the options at his disposal.

The former Liverpool boss has ruled out the possibility of making “wholesale changes” when the summer transfer window opens.

Rodgers said: “I don’t think we need any wholesale changes in the summer. We’ve got a really good group that will develop and if we can add a few bits of real quality to that as opposed to numbers then that can help them push on.”

Monaco loanee Tielemans has proven to be a key asset since arriving in January but Rodgers admits he is unsure about whether they will be able to agree a permanent deal.

He added: “I’m not sure [whether Leicester will sign Tielemans permanently]. I think there will be dialogue between both clubs. He’s clearly a player we would like to work with but I can’t really add much more to that.

“I can understand the supporters will like to watch a young player like that and I’m sure the club will do everything they possibly can to bring him in.”

Leicester are priced at 23.00 to win their next outing when they travel to Manchester City, who can be backed at 1.13, while the draw is available at 9.00.