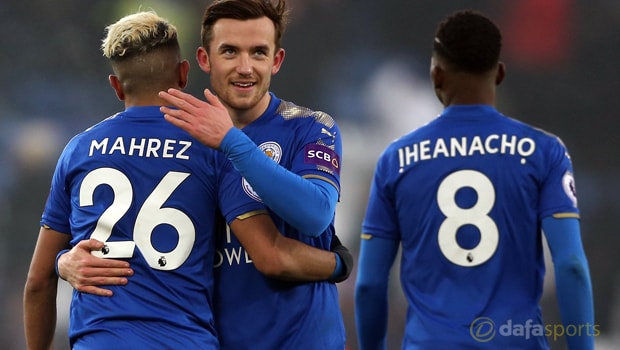 Defender Ben Chilwell insists Leicester will continue to fight for a spot in the Europa League until it is mathematically impossible.

The Foxes got a taste of Europe in 2016-17 when they qualified for the Champions League following their Premier League title triumph.

Leicester made it through to the quarter-finals before losing 2-1 on aggregate to Atletico Madrid but failed to make it back into Europe for this term after struggling domestically.

Claude Puel has turned Leicester’s current season around after being drafted in as Craig Shakespeare’s successor in October and they have slim hopes of returning to the European stage for 2018-19.

Saturday’s 2-1 defeat at Burnley has left Leicester nine points adrift of the Clarets in seventh while they are a further two points behind sixth-placed Arsenal, with just five games left to play.

Despite it looking extremely unlikely they will fight their way into the Europa League, Chilwell insists the squad aren’t ready to give up hope just yet.

Chilwell said: “Of course it is not over. We know it will be difficult and it is unlikely, but if we win all our matches from now on and they lose their matches we can still qualify for Europe.

“We know it is a tough ask, but we will go into every game with the mindset that we want Europe. That has been explained to us, that we still want Europe. “Of course it will be difficult.

Leicester are priced at 2.38 to win their next Premier League outing on Thursday when they host Southampton, who can be backed at 3.10, while the draw is available at 3.40.