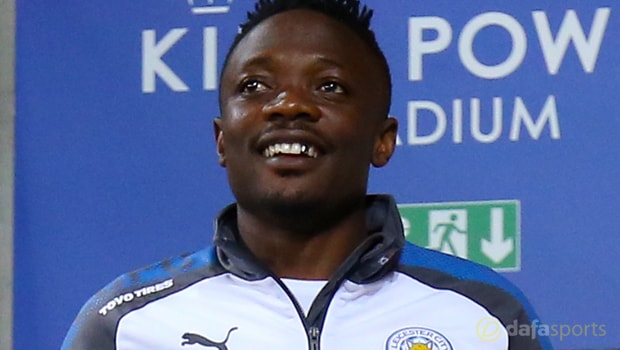 Nigeria international Ahmed Musa says he has no regrets over joining Leicester and insists he is working hard to force his way back into first-team contention.

The 25-year-old joined Leicester in the summer of 2016 from CSKA Moscow for a then club record fee of £16.6million.

However, Musa has failed to establish himself as a regular at the King Power Stadium under a succession of managers.

The versatile forward was handed 18 Premier League appearances in the 2016-17 campaign, while he has yet to make a league outing this term.

Leicester recently appointed Claude Puel as their new manager and Musa has been given renewed hope of claiming a starting role.

Musa insists he does not regret joining the former Premier League champions although he admits he isn’t happy with the current situation.

“It was a hard decision. But it was a step forward. And I decided to take the risk and do it,” Musa said.

“It happens. I’m training hard, trying to show my best game. Of course, I’m not completely satisfied with the current situation, but football is a complicated thing. On a new place often it is necessary uneasy.”

Musa’s lack of gametime has led to reports that he could join Spartak Moscow but he insists he wouldn’t join CKSA’s rivals.

He added: “No, about Spartak- it’s out of the question. I’m a fan of CSKA! But I hope to return to CSKA one day. If there is a real opportunity, I will immediately agree.”

Leicester, who lost to Manchester City on Saturday, can be backed at 2.80 to return to winning ways on Friday when they travel to West Ham, who are priced at 2.50 to come out on top, while the draw is available at 3.40.