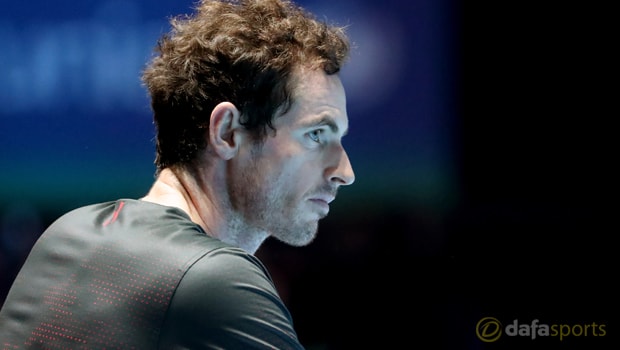 Murray, who is priced at 6.00 to win the 2018 Australian Open, confirmed his split from Lendl on Friday after working together during two spells, which have proved illustrious for the world number 16.

The Scot claimed three Grand Slam titles and two Olympic gold medals under the tutelage of Lendl, having linked up with him most recently in 2016.

The 30-year-old, who has recently been sidelined with a hip injury, announced that the decision to split was a mutual one as he plots for a successful return in 2018.

Jamie Delgado remains on as a long-term member of his coaching team and Henman, who was the main British hope for many years before Murray’s emergence, believes he can step up to provide extra support.

Henman said: “With Andy’s experience and knowledge of the game, I wouldn’t think he needs to bring another person into the team.

“He’s got Jamie who played to a decent level and did a very good coaching job with Gilles Muller first, and has been with Andy for a good couple of years and understands him as well as anyone.”

The retired 43-year-old expects Murray to come back stronger next season and feels the extended break due to injury could be a bonus as it proved to be for the likes of Rafael Nadal and Roger Federer.

He added: “Most people who have just finished the year now will be having time off before thinking about their pre-season, but Andy’s had weeks and months to really build up.

“I think that with still six or seven weeks before the season starts, I’m quite confident that he is going to be back ready and raring to go.”