Kyle Walker up for Gunners tussle 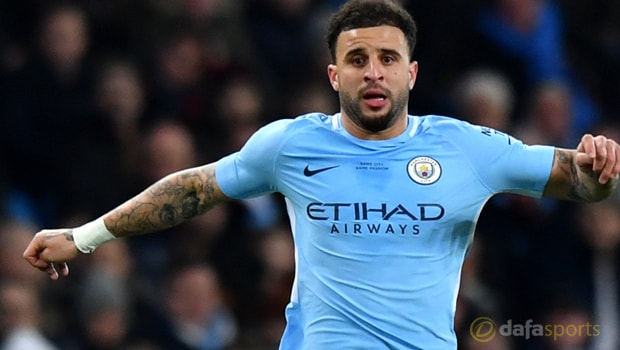 Kyle Walker admits that a lack of silverware was the deciding factor in his big-money move from Tottenham to Manchester City while he hopes getting one over on Spurs’ arch-rivals will secure his first major medal.

The England defender grew up supporting Spurs so he has no issue admitting that defeating Arsenal in Sunday’s Carabao Cup final at Wembley would be special.

But he is wary of the Gunners after Arsene Wenger added Pierre-Emerick Aubameyang and Henrikh Mkhitarayan to his squad during the recent transfer window.

“Spurs is a club which belongs to my heart and to get one over on their bitter rivals, and mine for a long time, would be a fantastic feeling.

But it’s a game of football and anything can happen in 90 minutes,” Walker told Sky Sports.

“They’ve [Arsenal] made some excellent signings in January which we need to be careful of, and we need to just say: ‘Let the best team win’.”

Walker played in a League Cup decider for Tottenham in 2015 at Wembley but they lost out to Chelsea. After eight years, 229 matches and no trophies at Spurs, he admits that chasing silverware was the motivating factor in his move to City.

“For me, I want to win stuff,” Walker said. “I hate losing and to be with Tottenham for the number of years I was and not pick up anything was disappointing.

We were very close for two seasons, with Leicester City and Chelsea, but we just fell short and I don’t want that to happen here at City.”