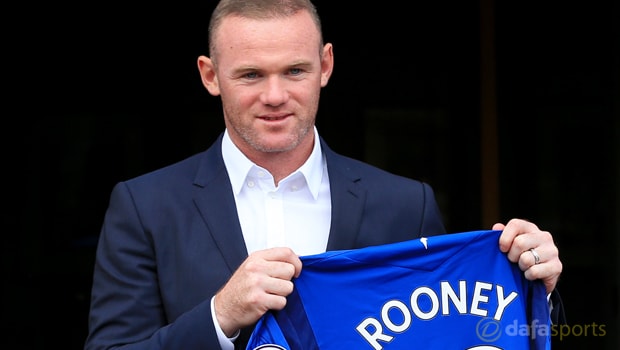 Wayne Rooney believes winning a trophy with Everton would mark the pinnacle of his career after his return to the club was confirmed on Sunday.

The 31-year-old ended a 13-year stint at Manchester United by signing a two-year deal with his boyhood team to return to Goodison Park where he first made his name.

Everton have not won anything since the 1995 FA Cup, when Paul Rideout scored the only goal to outdo United at Wembley.

Rooney’s experience could prove pivotal to the Toffees’ young side and boss Ronald Koeman is sure to try and tap into his know-how as he aims to restore the club to its previous glory days.

The 119-times capped England international admits he is excited about his new chapter in old surroundings and has set his sights on ending Everton’s trophy drought.

“This football club should be winning trophies and we’re taking huge steps to try to win trophies,” said Rooney.

When asked about winning trophies, he added: “That would be the pinnacle because I remember the FA Cup final in 1995, I was there as a nine-year-old, and for that to be the last trophy… Everton should have won more trophies since then.

“I firmly believe we have the potential to be a success in the league and there are the cup competitions. We’re certainly capable of winning one of those cups.”

Rooney is set to wear the number 10 shirt which will be vacated by Romelu Lukaku once his move to United is confirmed.