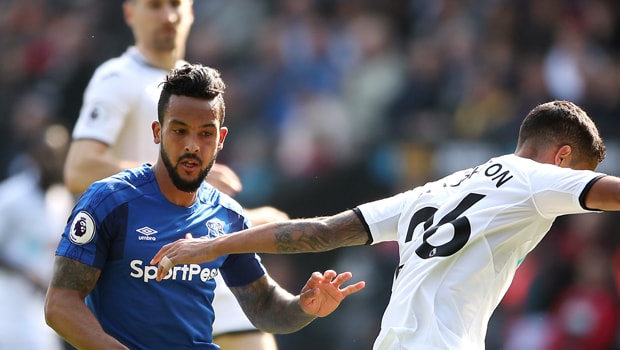 Theo Walcott says there is “a lot more to come” from Everton and he is already looking forward to the 2018-19 Premier League campaign.

Walcott, who missed out on a place in the England World Cup squad, was brought in during the January transfer window by former boss Sam Allardyce.

Everton have since replaced Allardyce with Marco Silva, who is yet to add to the squad during the summer window.

Walcott feels the Goodison Park club already have a strong squad in place and is in optimistic mood ahead of the new season.

He told the club website: “We are all together and I know where this Club needs to be because that’s why I joined it.

We need to be competitive, which we definitely are. But there is a lot more to come from the team and I am already looking forward to next season.”

The forward was pleased with his contribution, but Walcott feels he can be more prolific in the coming campaign.

He said: “I will be judged on goals and assists and I want to have got a lot more goals than I have.

“But I felt I could improve the team and the fact I contributed in a relatively short period that isn’t always the easiest for January transfers, I am pleased with, I really am.”

Everton begin the new season with a potentially tricky clash at newly-promoted Wolves.

The Merseyside outfit are 3.00 to claim the win and Everton are 201.00 to win the Premier League outright.