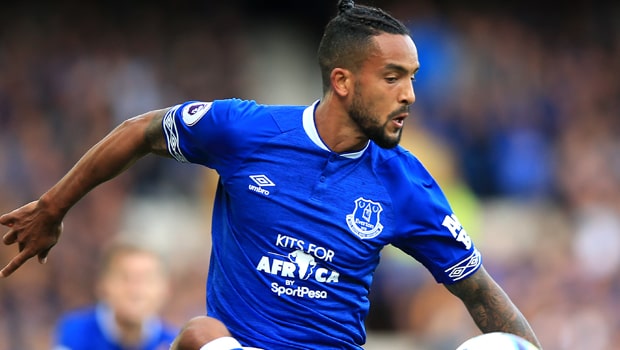 Theo Walcott had fallen out of love with football before leaving Arsenal to join Everton, the winger has revealed.

Walcott ended his 12-year Gunners career in January when he signed for Sam Allardyce and Everton, having amassed close to 400 appearances for Arsenal and scored 108 goals.

His inability to get a sustained run in the team towards the end of his Emirates career was something the 29-year-old admits had started to weigh heavily on him.

“I’m not going to lie, I fell out of love with football for a little bit. Because I had some good performances, but then just didn’t get the chance to play on,” he told Sky Sports.

“Scoring over 100 goals for Arsenal is a great achievement for me personally, and then just the last year-and-a-half was tough, I can’t lie. It was really tough, not being able to get into the team, being in and out.

“I just felt I wanted to get the excitement of football again. I didn’t feel like it was going to be at Arsenal then.”

It took him some time to feel at home at Everton but Walcott is now relaxed and happy on Merseyside, with his family having relocated and a real sense of purpose under new boss Marco Silva this term.

The new manager brings with him more than a hint of Arsene Wenger’s methods to Walcott’s daily routine.

“I’m playing football with a smile on my face. I just love football again,” Walcott added.

“The hardest thing was leaving my family for a certain amount of time before they moved up. That was the missing piece of the puzzle, which only has just sort of kicked into place at the start of this season.

“I’d say the boss now, Marco, is very similar to Arsene, the way he wants to play a beautiful pressing game, keep the ball, nice and quick tempo. No slow tempo. So intense. Training is so intense every day, but that’s what I want, and that’s what I like.”

Everton are 6.50 to win at Walcott’s old stomping ground on Sunday when they face Arsenal. Walcott can be backed at 3.75 to score at any time in the Emirates clash.