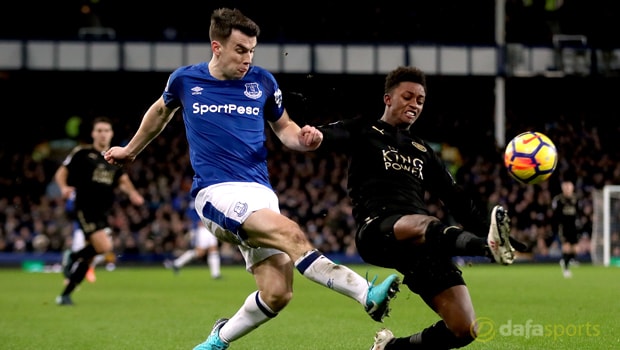 Everton full-back Seamus Coleman admits the reception he got from the club’s fans before the 2-1 win over Leicester is one that will live with him forever.

The Republic of Ireland captain was making his first appearance for his club in 10 months, having recovered from a horrific double break to his leg suffered during a World Cup qualifier against Wales in Dublin last March.

Coleman had featured in an Under-23s game for the Toffees last week before manager Sam Allardyce pitched him back in at the deep end against Leicester, with the 29-year-old duly turning in a man-of-the-match performance.

“It’s great to get the kit on and be out there,” Coleman told Ocean FM.

“I had to blank out a little bit of the reception I got because I needed to focus fully on the job at hand.

“Now that the game is done I can appreciate the response I got from the fans. It’s a night I won’t forget.”

Allardyce admitted seeing Coleman in action was like signing a new player and the former England boss revealed he had “no intention” of keeping him on for all 90 minutes, but Coleman’s drive defied him.

“The instant combination and work he did with Theo Walcott was a pleasure for them to see and for me to see,” said Allardyce.

“There was no intention to leave him on for 90 minutes, in our minds, but when you saw him do that 80-yard run at the end, you went ‘wow!’

“Out for 10 months, first game back, and then in the last two minutes of the game he runs 80 yards with the ball… I think his legs were so tired at the end of it he could hardly kick it.”

Everton are 11.00 to win at Arsenal on Saturday evening while the Gunners are 1.30 and the draw is 5.50 at the Emirates.