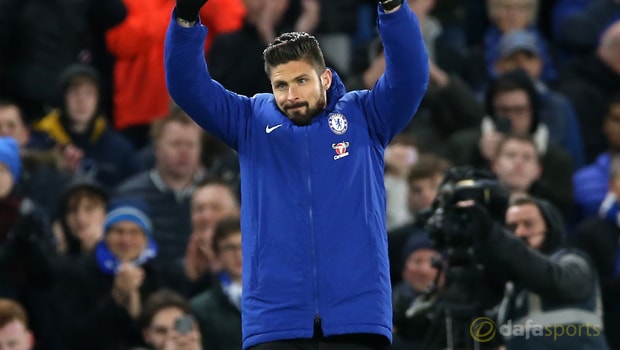 Olivier Giroud says Chelsea is the “perfect club” for him after he arrived from Arsenal this week.

The experienced French international swapped the Emirates for Stamford Bridge, inking an 18-month deal with the Premier League champions.

The 31-year-old says he has a desire to play regular first-team football for Chelsea while staying in London was another factor.

Blues boss Antonio Conte, however, appears to have been the decisive element in Giroud’s move.

I wanted to sign for Chelsea and nowhere else, I really wanted to play more.

“I wanted to stay in the Premier League and Chelsea for me is perfect because I can even stay in London. But the first reason is the sporting challenge; that has always been my first priority.”

Despite his Europa League involvement with Arsenal before Christmas, where he scored three goals in six games, Giroud will be eligible when Chelsea face Barcelona in the Champions League last 16 this month.

“The Champions League is massive for a football player,” added Giroud.

“There is nothing above it when you’re playing for a club.

“There will be two nice games against Barcelona. We know their qualities and I think everybody will need to be 100 per cent to go through.”

Chelsea are 3.20 to beat Barcelona at Stamford Bridge in their last-16 first leg on February 20 while they are 3.00 to come through the tie.