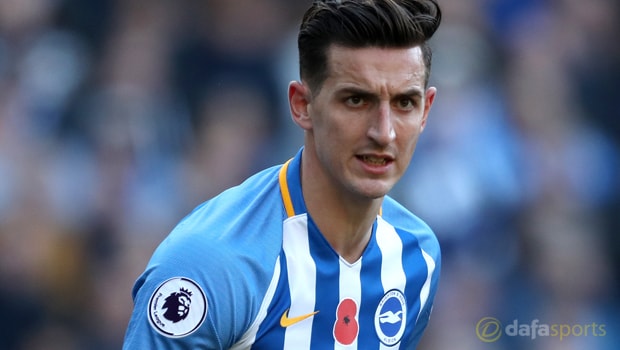 Lewis Dunk says Brighton are focused on trying to extend their unbeaten run when they take on Swansea and has stressed the importance of claiming a positive result ahead of the international break.

The Seagulls have made a good start to life in the Premier League and currently sit 12th with 12 points from their opening 10 outings.

Chris Hughton’s men appear to have really found their feet over recent weeks and Sunday’s 1-1 draw with Southampton took their recent run to three games unbeaten.

Dunk, who is experiencing Premier League football for the first time this season, insists the squad are pleased with their points haul and already starting to feel more relaxed.

“We were coming into the unknown so to get 12 points from 10 games is a good return for us,” Dunk said.

“We’re getting more relaxed in the games and getting to where we were in the Championship, by trying to dominate games and enjoying the ball.”

Brighton, who are priced at 3.00 to be relegated, travel to Swansea for their next Premier League engagement and Dunk has stressed the importance of picking up a positive result.

He added: “We’re three games unbeaten now, so hopefully we can continue that.

“Swansea are a team around us and that’s a game we want to win.

“The next game after that is after the international break, so that’s a long way off.

“We’ve been there before when we’ve lost the game going into it, and it’s then a couple weeks until you play again. So hopefully we’ll come out with the three points.”