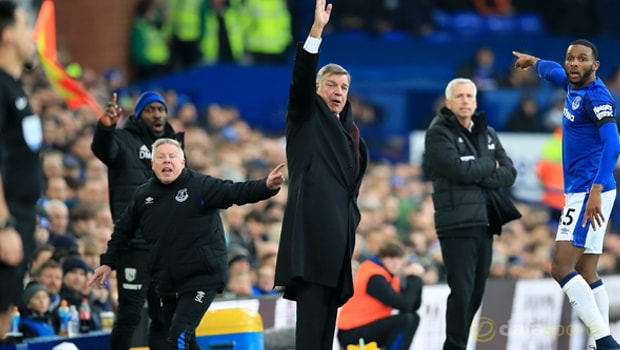 Everton coach Sam Allardyce has challenged the club’s fringe players to make an impact as the Toffees try to stop their poor run.

The former England manager enjoyed a seven-match unbeaten run after taking charge at Goodison Park but they have not won since December 18.

They ended a sequence of four consecutive defeats when drawing with West Brom on Saturday, January 20 but Allardyce has warned his players they will be dragged into the relegation battle before long if their form does not improve.

Allardyce currently has a squad of 35 players and he is keen to trim that down before the end of the transfer window on Wednesday.

The former Bolton boss concedes some will stay put but he expects them to work hard to try and improve the club’s fortunes. He told reporters: “We’ll have to deal with it if that’s the case.

“The challenge for the players is hardest of all. Sitting, moping and feeling sorry for yourselves is not the answer.

“I think the answer is for them to be determined, dedicated and prove to us as managers and coaches they deserve a place in the squad or the team. That is their responsibility.

“We have a lot of players to manage on a daily basis and then when training finishes the extras are laid out for the players.

“There is nothing wrong with looking at your own performance and saying ‘What can I do better?’ You don’t have to always be guided by us [coaching staff], you are there as a human being to think for yourself.”

Allardyce will be hoping the winless run comes to an end on Wednesday when his side welcome Leicester to Goodison Park.