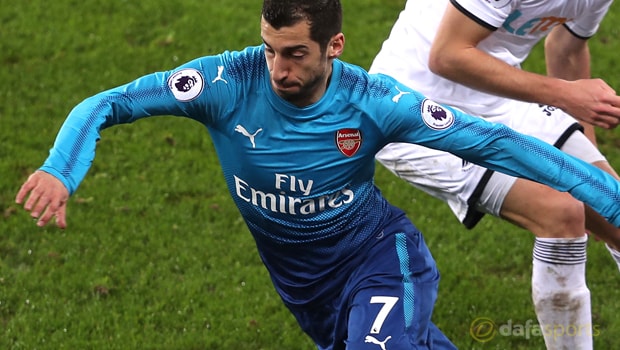 The Armenia international joined the Gunners last week on a three-year deal, in a swap deal that saw Alexis Sanchez move the other way.

Mkhitaryan fell out with United coach Jose Mourinho and fell down the pecking order, despite a bright start to his career at Old Trafford.

Mkhitaryan wanted to join Arsenal in 2009 before eventually moving on to Borussia Dortmund where he made a name for himself in the Bundesliga.

He could make his debut in midweek against Swansea, but Saturday’s clash with Everton could see him grab his first start.

When asked about his move to Arsenal, the 29-year-old told Arsenal Player: “Of course it’s very important to have respect from your manager.

“I know that he’s demanding and he likes his players to explore.

“He was one of the [reasons] to join Arsenal as well because everyone knows he’s a great manager.

“I’ve known him for a long time and of course it was not very difficult to make this decision to come to Arsenal, because I think the way that Arsenal play [makes] it a dream for every player to come here and play offensive football.”

Mkhitaryan could be joined by former Dortmund team-mate Pierre-Emerick Aubameyang before the game against Everton.

Reports claim Aubameyang could join on Deadline Day for £60million. Arsenal are 1.30 favourites to win on Saturday, with the draw 5.25, while the Toffees are priced at 10.00.