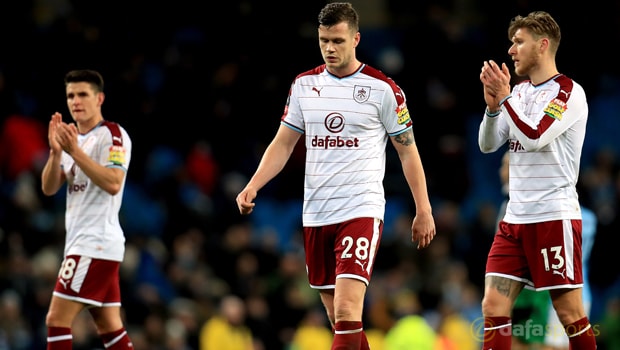 After injuries derailed his plans for Wednesday’s clash with Newcastle United, Burnley boss Sean Dyche has challenged Kevin Long and Ashley Westwood to take their chance.

Both defender James Tarkowski and Steven Defour are doubts for the trip to St James’ Park on Wednesday night.

The news comes as a blow to Dyche after seeing his side struggle in the last six weeks.

Burnley’s last win came on December 12 and, after some poor performances, they have now lost four on the bounce in all competitions.

Long has started several games this season but Westwood has yet to start a league game this term but Dyche has every faith he can deliver the goods.

“I thought he (Westwood) was excellent against Manchester City recently. He’s a very good player,” he told the Lancashire Telegraph.

“(He’s an) immaculate professional, very good player. So I’ve absolutely no other thought: If we need him, he’ll play.

“The upside in the longer view of the achievement level of the club is that those players have got to know what it is.

“Some players haven’t played that much in the Premier League, so every time they get a window to play, the bigger picture beyond results is that it’s another player who is performing at the highest level, and therefore improving and learning.

“But if there is a positive at all to an injury, it is the fact that they get some game time, and that’s important in their learning and development, and so the group can improve and move forward.”

Newcastle’s home advantage makes them 2.20 favourites this week, with the draw 3.10, while Burnley are priced at 3.75.