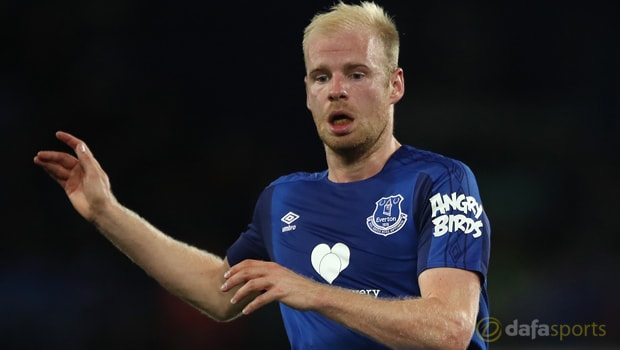 Everton midfielder Davy Klaassen needs more time to adapt to the demands of life in the Premier League following his summer switch from Ajax, according to boss Ronald Koeman.

The 24-year-old came through Ajax’s famous youth system before winning a place in the first-team squad in 2011.

Klaassen was handed plenty of opportunities to gain senior experience and was eventually given the captaincy, leading the Dutch giants to the Europa League final last term.

The Netherlands international was understood to be on the radar of a number of clubs over the summer but big-spending Everton, who are priced at 21.00 to finish in the top four, won the race for his signature after parting with £23.6million and handing Klaassen a five-year contract.

However, he has found it tough to settle into Premier League life, with the physical side of the game proving to be his biggest downfall.

Koeman believes Klaassen and fellow new arrival Sandro Ramirez will eventually get to grips with the rigours of Premier League football and has called for patience. “He needs time,” Koeman said.

“He is okay. He is intelligent on the ball. He can improve in fitness and he can improve physically in battles in the midfield.

“That is what he needs to learn and improve, but that is normal. The Dutch league is not the Premier League and the boy gets time for that.

It is all about the player himself. It is the same question for other young players.

“It is for players like Sandro Ramirez to keep quiet and keep patience. He will come good because I don’t have any doubts as to the quality of the player.”