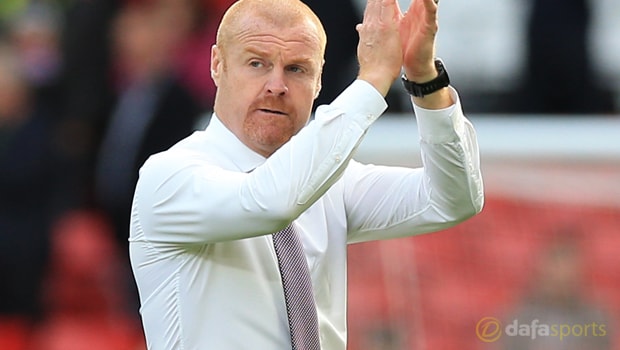 Burnley manager Sean Dyche has stressed the importance of having a strong team spirit and believes it will be key to ensuring they can retain their place in the Premier League.

The Clarets avoided an immediate return to the Championship last season courtesy of their incredible home form and Dyche is keen to see them repeat the feat.

Burnley, who are priced at 3.00 to be relegated, have already put in a number of impressive displays in 2017-18, having seen off defending champions Chelsea at Stamford Bridge on the opening day while they have also drawn away at Tottenham and Liverpool.

The Lancashire club currently sit ninth in the Premier League, with just one loss to their name from their opening six games, and Dyche believes team spirit has been key to their success.

Dyche admits that it’s difficult to quantify how much the togetherness in his squad is contributing to their form, but insists it is something he wants to see at Turf Moor.

“I don’t think good old-fashioned team spirit is forgotten, I think it’s a valuable weapon to have in any achieving group, whether it be in football, another sport or in business,” Dyche said.

“If there’s a feel amongst a group and all noses are pointing in the right direction, I think that’s a very important thing to have.

“You can’t really measure it but I know from years of experience of working in groups as a player, coach, assistant manager and manager when it’s right, and I know when it’s not.

“It can be up and down but I think we’ve shown for a long time that’s an important part of how we work, the alignment of the group, the understanding of the group. In my experience it’s important.”