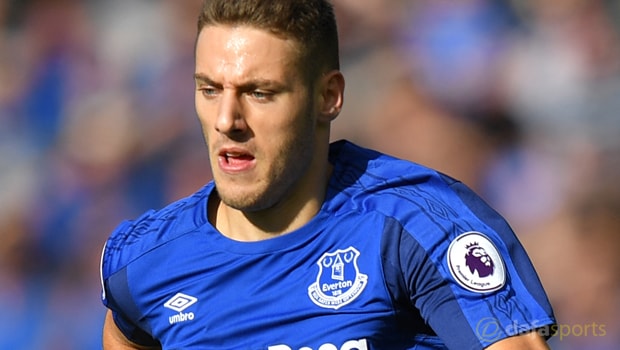 Nikola Vlasic insists he needs time to adapt to the demands of the Premier League but think’s he’s capable of learning quickly after joining Everton this summer.

Vlasic made his debut for the Merseyside outfit in the loss to Tottenham on Saturday as he came off the bench with 80 minutes on the clock.

The frontman gained plenty of first-team experience back in his homeland, featuring 86 times for Hajduk, while he has also earned one cap for Croatia.

However, Vlasic admits that he has found it tough to get to grips with the pace and intensity of English football, although he believes his new team-mates can help him to adapt.

Vlasic told Everton’s official website: “All the guys have been very good to me, they are all helping me a lot.

“I watched these players before on television and now I’m out on the pitch with them. They can help me a lot.

I can only learn from them because they are very big players. “It is very fast football here.

The game moves faster and I need some time to adapt but I’m not afraid.”

Vlasic could be handed the chance to get some more minutes under his belt in Thursday’s Europa League clash with Atalanta, having never previously played in the group stage of the tournament.

He added: “I’m really looking forward [to the Atalanta game].

“I’ve never played in the group stage of the Europa League before, so it’s exciting. It is something new and a good challenge.”