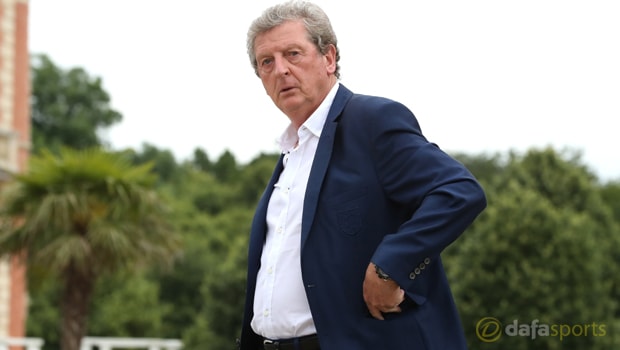 New Crystal Palace manager Roy Hodgson has revealed his excitement at taking charge of his boyhood club and believes there is “huge potential” for growth.

The 70-year-old was confirmed as the new man in charge at Selhurst Park on Tuesday following the sacking of Frank de Boer after just 77 days in the post.

Hodgson will return to the dugout for the first time since resigning as England manager after a disappointing run at Euro 2016 which saw them crash out to Iceland in the round of 16.

Palace, who are priced at 2.25 to be relegated, have acquired a man with plenty of experience in England and across Europe, having spent time with the likes of Inter Milan, Udinese, Fulham and Liverpool.

The Croydon-born boss faces a tough task in getting the Eagles on a positive track as the currently prop up the Premier League table following four successive defeats without scoring a goal.

However, he insists he is excited to get back to work this week ahead of their next outing against Southampton on Saturday.

Hodgson told Palace’s official website: “This is very much the club of my boyhood and I remember in my youth watching the club from the terraces at the Holmesdale Road end which gave me such fond memories.

In those days I had dreams of playing for the team, then as a coach you think about coaching the team and a lot has happened in between times.

“It is very rewarding to find myself here now, in different times, as the Palace manager at a club that I have always loved and admired with a huge potential.

We are the club of south London, with an enormously large fan base.

The ambitions here are realistic and there is an enormous potential for growth and I hope we can achieve our goals.

“I am very excited to be back in club football and it is a long while since I have enjoyed the day-to-day sessions of training.”