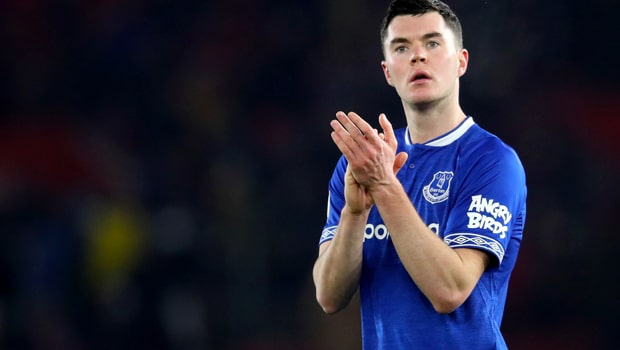 Michael Keane says his form this season makes him feel he ‘belongs’ at Everton.

The England defender arrived at Goodison Park in the summer of 2017 from Burnley but he concedes that he is only now coming around to the notion he truly fits in on Merseyside.

His Toffees form this season has been enough to push him into the England side and he notched his first international goal in the 5-1 win over Montenegro on Monday night.

His career at Everton has so far been interrupted by injury problems but Keane now feels like he has established himself at the club.

“It has been an up and down journey but I’m starting to feel like I really belong here now,” he said.

“It’s been a good season for me, I’ve had a lot of good games. The team struggled for two or three months, the whole team was inconsistent and I was part of that but in general I think I’ve been really good.”

It has been an indifferent first season at the helm for manager Marco Silva, but Keane feels things are looking bright on a personal note. Maintaining his fitness for a sustained run in the team is crucial to that, he says.

“I’ve been working hard, training has been good, and I feel a lot fitter than I did last year so I think that’s helped me,” Keane added.

“I’m just feeling more confident than I have and hopefully I can show that from now until the end of the season.

“It’s obviously a top-class club and you have to play well week in week out to prove that to the fans and to people at the club and I think I’ve managed to do that this season.”