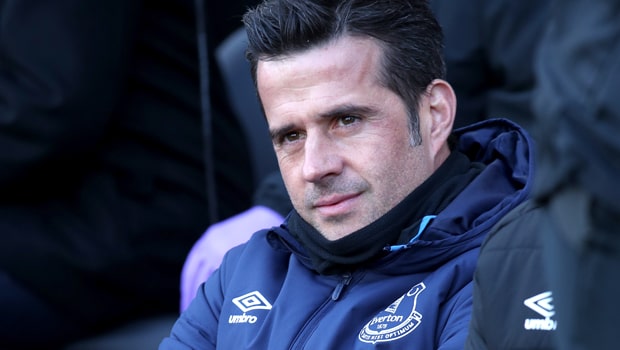 The Toffees suffered a 2-0 defeat at already-relegated Fulham in their last game, but, at Goodison Park, they are proving a threat to those higher up the Premier League table.

In their last three home games they have drawn with Liverpool and beaten both Chelsea and Arsenal, not conceding a goal in those three games.

As they seek a seventh-placed finish in the league, which would ensure Europa League football if Manchester City win the FA Cup, Silva is sure that his team will create problems for United on Sunday.

At a press conference ahead of the game, Silva said: “Even if we have big respect for Man United, with the quality they have, not just individual quality but as a team also, it’s up us playing at home.

Everton currently sit ninth in the league table but just one point separates Silva’s side, Leicester, Wolves and Watford who are all aiming for seventh spot.

Their visitors on Sunday, United, are sixth but they are in the race for a top-four finish and a place in next season’s Champions League.

United are two points behind Arsenal and Chelsea and just a further point behind Tottenham who sit third.

United can concentrate on the league after their Champions League campaign this year ended in the quarter-finals when they lost to Barcelona 4-0 on aggregate in midweek.