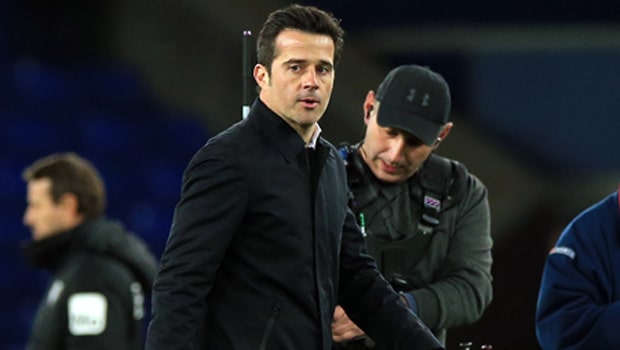 Everton boss Marco Silva says he has no worries about welcoming former club Watford to Goodison Park on Monday evening.

The Toffees boss left Vicarage Road at the end of last season, with Watford unimpressed by Everton’s approach.

The clubs remain in dispute over compensation, seemingly adding some spice to their meeting on Merseyside.

Silva however is playing down the occasion, saying he’ll be happy to see some of his former players.

“It is not the first time in my life and for sure it will not be the last,” he said.

“I look forward to the match, a tough match for sure, and it will be good to see some of the players who worked with me, some good friends as well I have in the club.”

Everton have never lost at home to Watford, winning 11 of their 12 meetings in all competitions and drawing the other. The Toffees have also been beaten only once on home turf this season since Silva took charge.

Also reuniting with his old club with Brazilian forward Richarlison, Everton’s leading scorer this season after joining Silva in making the move north.

It was Silva that brought him to England and the 21-year-old has described his boss as a ‘father-figure’ in his fledgling career to date.

He has already scored seven league goals for the Toffees this season, including their goal in a 1-1 draw with Newcastle at Goodison last week.

Richarlison has netted three goals in his last three home Premier League appearances ahead of the Watford reunion.

Everton are 1.75 to beat Watford, while Richarlison can be backed at 6.50 to get the first goal of the game.