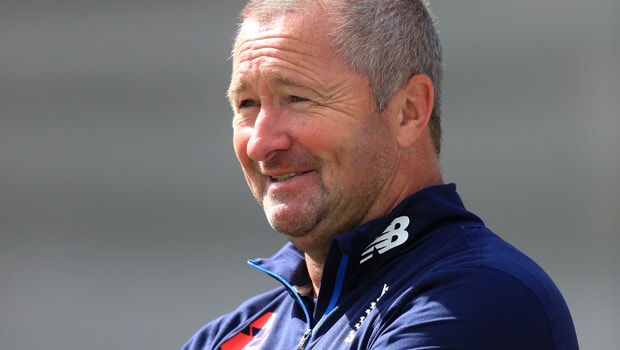 England assistant coach Paul Farbrace has said that England will have to show character if they are to escape without a defeat in the third Test.

India declared on the evening of the third day with a 520-run lead leaving England just over two days to bat through if they are to survive.

The openers Alastair Cook and Keaton Jennings managed to bat out nine overs after the declaration and England will resume on the fourth morning still 498 runs behind but with all ten wickets still intact.

The third day’s play featured a century from Indian captain Virat Kohli and Farbrace said England had to learn from his batting display.

The assistant coach said: “Tomorrow is about showing guts, determination and class. Kohli is the best player in the world, his technique he is constantly improving and learning about and that’s something we can all learn from.”

Farbrace added that the five-Test series, being played over a short period of time was taking its toll on players but said he hoped the bulk of the team can last and complete the series.

Jonny Bairstow was injured on the third day, suffering a finger fracture which resulted in Jos Buttler replacing him behind the stumps.

However, Farbrace is confident he can take his place in England’s batting order if required, adding: “The doctor has been in trying to relieve some pressure on it but hopefully when he is needed he will be OK to bat.”

The highlight of day three at Trent Bridge was Kohli’s 23rd Test century while Hardik Pandya contributed a half century as India declared on 352-7 giving them that formidable 520-run lead.