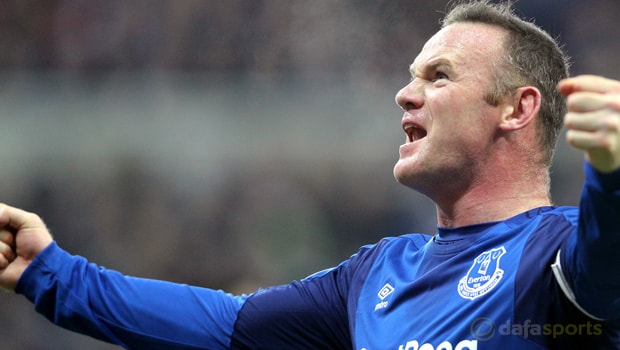 New Everton manager Marco Silva accepts whether Wayne Rooney opts to stay with the club is a decision that is largely out of his hands.

Former England captain Rooney has been heavily linked with a summer move to the MLS to join DC United and Silva says he is likely to hold little sway in attempts to persuade the forward to stay at Goodison Park.

The former Hull City and Watford boss told reporters: “Before everything is done I will talk with Wayne and what I hope is that everybody works out this situation, because he’s a club legend and, for me, that’s everything.”

Rooney, who started his career with the Toffees, returned to the club last summer and scored 11 goals last season, but failed to find the net after Christmas.

Prior to his goal drought, Rooney netted six goals in five Premier League games, including a hat-trick in a 4-0 home win over West Ham and a penalty equaliser as Everton claimed a 1-1 Merseyside derby draw with Liverpool at Anfield.

Following that fine run of form he went 16 games without a goal as the Toffees eventually finished in eighth place in the league, just missing out on a place in the Europa League next season.

Meanwhile, Everton are rumoured to be interested in trying to prise Newcastle United skipper Jamaal Lascelles away from St James’ Park.

The central defender was a star performer for the Magpies as they finished in tenth place on their return to the Premier League and was reportedly close to earning a place in the England World Cup squad.

Everton are available at 201.00 to win the Premier League title next season, with city rivals Liverpool priced at 6.00.